TOPICS IN THIS STORY

The hope and promise of The Global Leadership Summit in India is that it will ignite transformation in my country—that it will bring values of integrity, honesty, transparency and accountability.

Some people are hearing for the first time, “your influence matters.”

Some people are hearing for the first time, “your influence matters.” And it is transforming their thinking and leadership. We have heard stories of how the Summit had helped people to bring change in government, lawyers to make difference in judiciary, businessmen to transform their businesses and pastors to grow their churches and organizations—all because they could attend a Global Leadership Summit in their city. People are being inspired to take up initiatives to address the needs of their communities and make an incredible difference.

The first Global Leadership Summit in India took place in 2007 with one event. The number increased to 16 by the time I joined the Global Leadership Network five years ago. But literally, there were times that you would go into a place and ask, “Would you like to host a Summit?” and they didn’t know what that was. We had to go and plead with people, “Wouldn’t you like to host a Summit?”

Now, people are coming to us and asking, “Can you allow us to show this?”

During last Summit season, we had 85 Summits in seven languages. Close to 25,000 attended, and this doesn’t include another 5,000 people who couldn’t attend because of the pandemic. This also doesn’t include people who would be using these resources for their year-round learning. 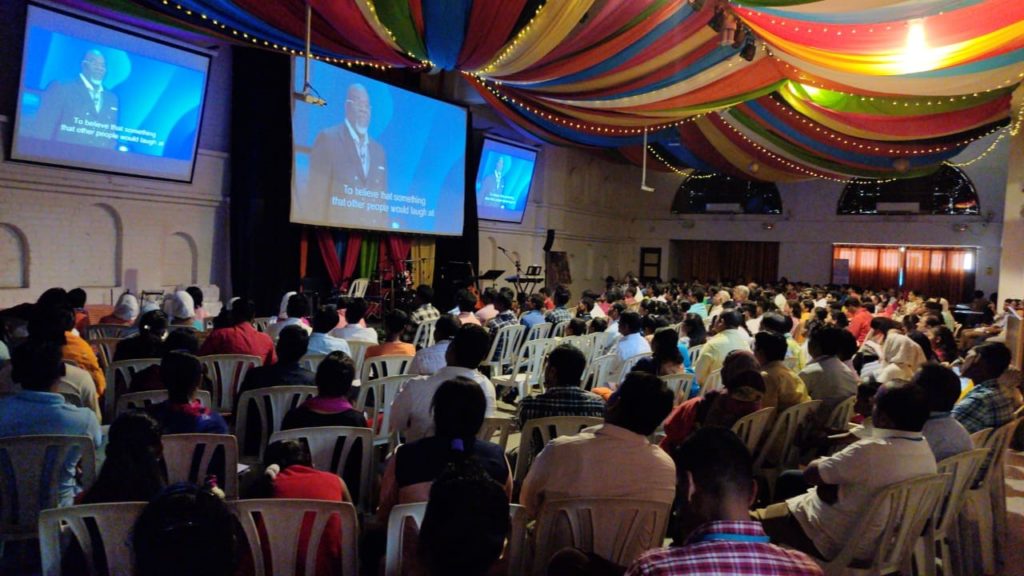 Guests in India watching Bishop TD Jakes at the GLS

But bringing the Summit to more people in more places is going to require translating the materials into more languages because India is like a country with many countries. There are 28 states, and when you move from one state to another, it’s like moving from one country to another country. The language is different, the culture is different, and even the clothing and cuisine are different. We have 21 official languages, and if you really want to reach India, it has to be through all these languages.

If you want to be great, you must take every opportunity to be with great people.

I remember presenting the Summit in the languages of Hindi and English in the city of Pune in western India, and one of the leaders asked me, “Why are you depriving my people?” I asked, “What do you mean?” He said, “You have translated it to all other languages, but not in my language, Marathi. Marathi language has one of the largest populations in India, but you’re not speaking to us in our own language.” We were not immediately planning to translate in that language. I challenged him, “You need to start five or six Summits across your state, if you want it to be translated.” He said, “I will do it.” And in fact, he traveled through the state and has organized five Summits in his state—all initiated by this single leader who passionately believes that the Summit is a great tool for bringing transformation to his region. 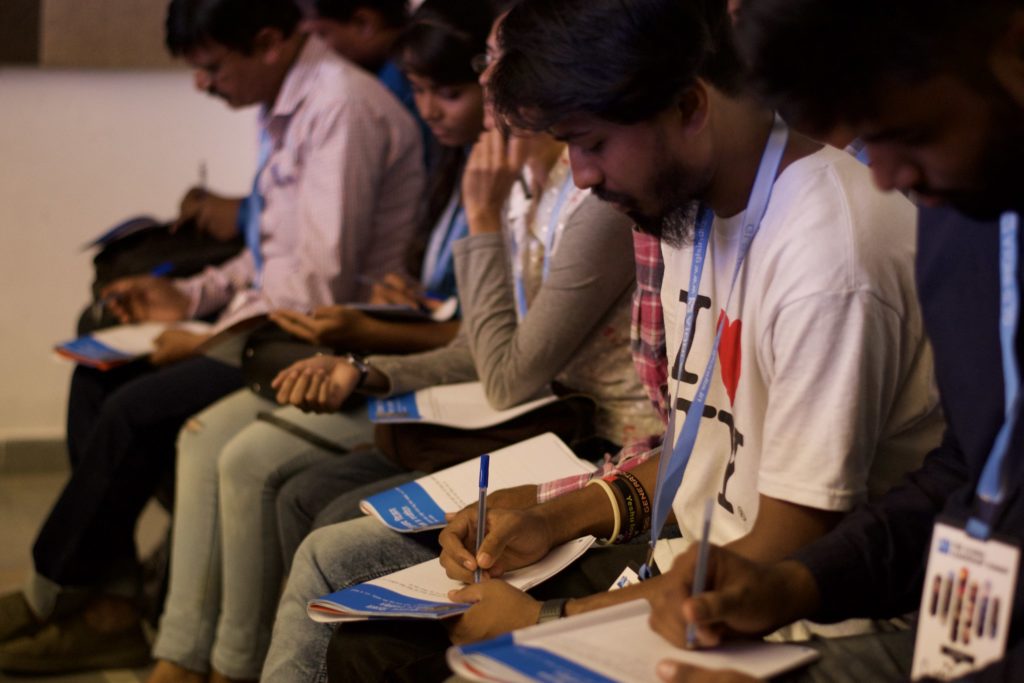 We had close to 1000 people in the city of Kolhapur for the new Marathi Summit. People had tears in their eyes as they listened to the messages. They said, “We have hosted many programs in the city, but this is very personal to us. This has brought the entire city together.”

In the state of Rajasthan, in the northwestern part of India, I met a leader who started hosting the Summit for 250 people from that city. Now he is hosting for 2,000 people across the state in five or six different places. I asked him, “Why do you want to do all this?” Because I know it takes lots of energy, resources and time.

He said, “I want my people, even in villages, to come up with a world-class view in their life. If you want to be great, you must take every opportunity to be with great people. Every opportunity you can listen to great people, listen to them. Here is a tool that you have made available for my people to listen to great people in their local language. I want to make it available to my people so that even in the remote places, they can grow their leadership with a world-class view in mind.”

What the future holds

But we know we are just scratching the surface of opportunity in a country of 1.3 billion people. Every sixth person alive in the world is an Indian. If you want to see leadership transforming lives and communities, this is one of the biggest opportunities.

C.S. Lewis said, “In such a fearful world, we need a fearless church.”

65% of India’s population is under the age of under 35 and the average age of Indians is 29. If you want to transform one of the youngest nations, the opportunity is here. We had 19 Summits exclusively for youth in the last season.

India is a patriarchal society and the worth of women is considered to be ‘second-class’ in the culture we grew up in, even though we have few women leaders from our country. For women to come and hear, “your influence matters” is a paradigm shift. If we are thinking about empowering women and their influence, there is a huge opportunity in India.

C.S. Lewis said, “In such a fearful world, we need a fearless church.”

So, in such a fearful country, we need fearless and courageous leaders to stand up.

The GLS would not be possible in India today without the support of donors who have been so generous with their resources. I want to thank you from the bottom of my heart. Because of your support, there is transformation in our community and change in my country.